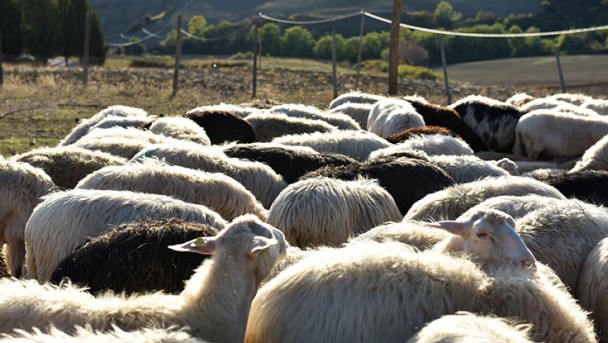 Swiss-born Ulisse Brändli knows what goes into good sheep and goat cheese. His organic farm is famous for it. Meike had the pleasure of trying sheep and goat cheese refi ned with saff ron and white truffl e when she visited the Swiss couple. It was a pure pleasure for her – pure in the sense of unadulterated and natural. In addition to running the organic farm, Ulisse and Sandra also run a restaurant serving only local, organic meals. They also give cooking courses there.

The light was warm and golden as we drove down the rocky alley to Podere Il Casale. It was late in the afternoon, later than expected, but that's what happens when you enjoy Tuscany. The sun was so low that it almost touched the Tuscan hills that seem to embrace the secluded farm tucked in between Pienza and Montepulciano. I came to visit the celebrated Swiss cheese maker Ulisse Braendli, to see his sheep and goat herds, and try his Pecorino, but I found so much more. There is a silent peace laying over this farm like a blanket, it calms your mind as soon as you walk past the old terracotta-colored farmhouse. As you stand on the terrace, a breathtaking viewing platform, under fragrant pine trees protecting you like an umbrella, as you see the landscape laid out majestically in front of your eyes, soaked in dimmed shades of green and ocher, you can only smile and thank life for such unbelievable beauty.

All the people and places I visited in Tuscany for my culinary trip around the world together with ZWILLING had one thing in common, they all give themselves into the hands of nature with great trust and respect. No matter what obstacles they have to fight, what problems they have to solve, they know that nature gives and takes and that there's a balance. It's not an easy life, but that's also not what Ulisse was looking for when he and his partner Sandra left their home country and started a new adventure in Italy almost 30 years ago. Life is tough on this piece of land that they bought, but it's also incredibly rewarding. They started with 3 sheep and now there are 200 of them, living an enviably good life under the Tuscan sky.

Ulisse loves Tuscany for being real, traditional, and romantically old-fashioned. Electricity only came to Podere Il Casale in 1980, before, it was a very simple, basic
life. It is the perfect setting for his vision, to "help" nature create beautiful raw milk cheese.

All the cheese, vegetables, and olive oil from the farm are organic, but that's not an option, that's the standard in his philosophy: "Conventional farming is strange, organic farming is normal.Wasting less of our food than the 40% that actually end up in the bin, is one of the solutions to open the doors for organic, local, and seasonal food for the broader population." His mother planted the seed for his critically creative mind, she taught him to be open and experiment. "I blame the sixties," says the cheese maker with a smile on his face.

The cheese at Podere Il Casale is made with just three ingredients: raw milk, rennet, and salt. Every kind of milk is different, depending on the four seasons, the weather, the soil, and the food that the sheep find on the fields. "Great food makes great milk and that makes great cheese – and every season makes a different cheese." That's the whole humble secret behind a Pecorino that so many people praise as one of Tuscany's best. When the animals are out, when they eat good food and there's space, you have less problems with diseases, you don't need chemicals, you can keep it under control with homeopathic methods. The animals eat barley, oats, and beans when they are in the barn, their "power food", and hay and grass on the fields. Raw milk cheese has a strong connection to the place where it comes from, to the animals and the climate. To taste Ulisse's sheep and goat cheese, young and ripe, pure and refined with white truffle or saffron, was one of the purest pleasures during my trip in Italy. Unfortunately, we didn't have time to visit the farm's praised restaurant, but eating that wonderful cheese and enjoying the views of Pienza at sunset definitely made up for it.

When Ulisse stood amongst his sheep, playing with his two rowdy snow-white Maremma sheepdogs, the last rays of the low sun in our faces, I asked him what he loves the most about his life and he said: "To be free, here on the farm, to do what I like to do." 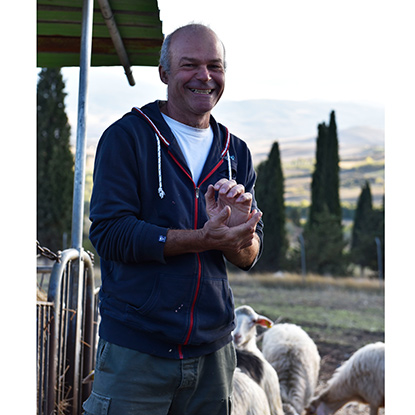 "I think more local should be the future. Local and seasonal food." 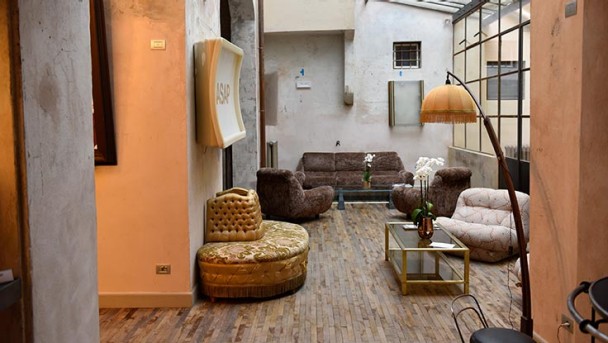 The Palazzo San Niccolò hotel is a real jewel in the oldest district of Florence. With its beautiful designed apartments that are characterized by a mix of luxury vintage and modern decor and the hotel‘s private secret garden it‘s a unique place to enjoy an authentic Florentine experience. 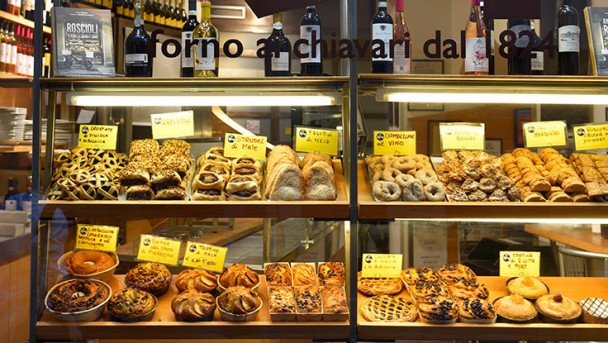 Located in the heart of Rome, Roscioli is a popular venue for everyone who wants to discover the typical Italian specialities in a rustic and cosy athmosphere. From bread, ham, to wine and pizza, the restaurant Rosciolo offers everthing that your hungry heart desires. Meike chose the highly praised pizza. 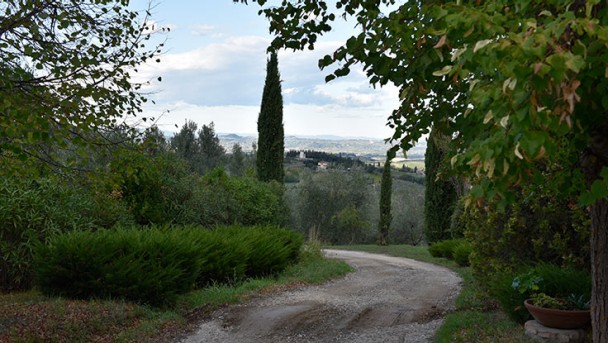 In the midst of the undulating hills of Tuscany that are covered with beautiful vineyards, you‘ll find the Sono Montenidoli Wine Estate led by Sergio and Elisabetta. Besides red and white wine, they also produce delicious olive oil. If you want to stay a little bit longer in this idyll, you can spend the night at their cosy guesthouse. 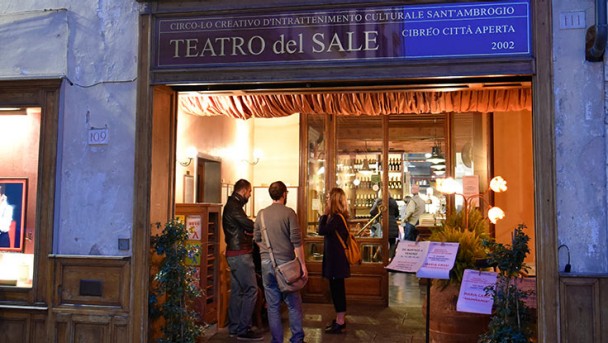 Teatro del Sale is a place that gives all the people in the city and artists from all over the world a place for socialization, relaxation and entertainment. You can listen to music, watch performances from different artists or just enjoy to watch the preparations of your food. 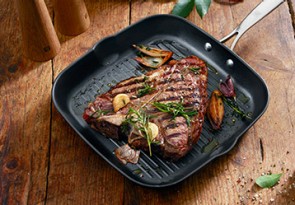 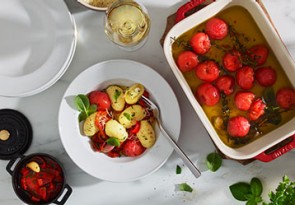 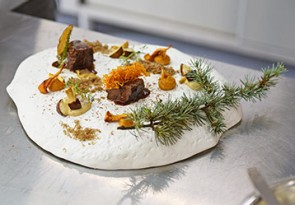 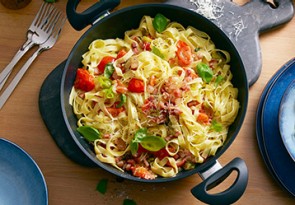 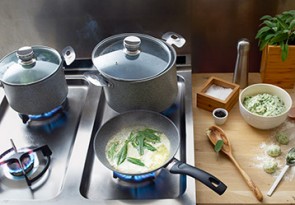 Discover all the products you need to bring Culinary Tradition into your kitchen. 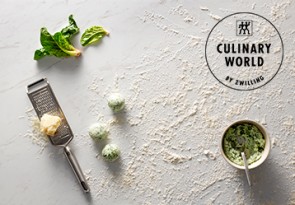