For the Beurre Blanc

For the Beurre Blanc, in a medium saucepan, bring the shallots, vinegar, wine, and mignonette pepper to a boil over medium heat. Reduce the sauce gently and gradually add the butter, stirring and whisking constantly to combine the sauce and the butter. If you add too much butter at once, the sauce won’t bind. Adjust the seasoning and add a dash of lemon juice; set aside (at room temperature).

For the vegetables, peel the turnips, carrots, celeriac, and green radish. Cut the celeriac into diamond shapes, the green radish and turnips into “half moons”. Scrape and rinse the red radishes. Bring a medium pot of salted water to the boil. Rinse the leeks and blanch until soft. Transfer to a bowl filled with ice water, immerse quickly, and lay on paper towels. Cut the leeks into strips.

In a large heavy pan, heat the olive oil over medium heat and sauté the vegetables separately for about 1-2 minutes. Transfer all the vegetables to the pan and season with salt and pepper. Add the garlic, thyme, and broth, cover the pan, and cook until soft. Before serving, add the butter, stir to glaze the vegetables, and season with salt and pepper to taste. For the fish, season the mullet fillets with salt and pepper on the meat side. Heat a splash of olive oil in a large heavy pan over medium-high heat and sear the fillets, skin side down, for 4 minutes or until the fish is done, the skin should be lightly crispy. Flip the mullets over, then transfer to a grid and set aside.

Arrange the mullet fillets, slightly overlapping each other, on one side of the plate, the vegetables on the other side, and a spoonful of the Beurre Blanc in the middle. Serve immediately. 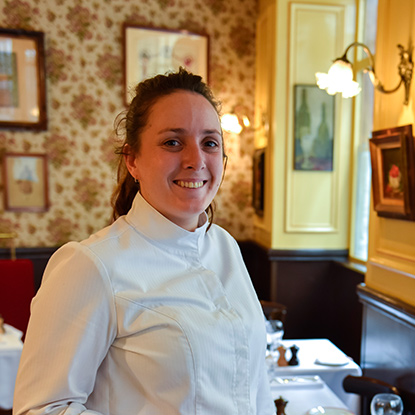 "The food in Bordeaux is very important for me. My mother was always cooking at home with my family, so I have a big influence from there." 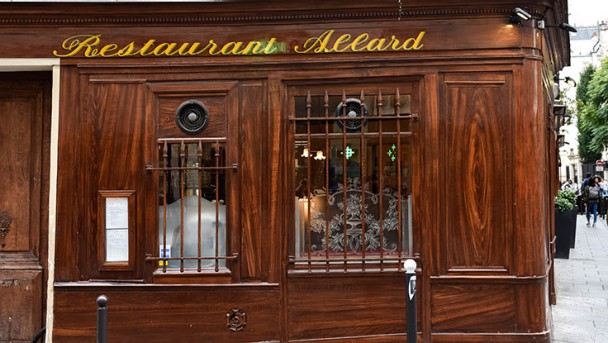 Chez Allard has been a fixture of the Parisian culinary scene for more than 80 years. Opened by Madame Marthe Allard and run by women for decades, Alain Ducasse took over the restaurant twenty years ago. By installing the young and celebrated chef Fanny Herpin, he returned the female spirit to the venerable establishment. With her love for detail, she has made her own contribution to the restaurant’s dignified history: one that adds a taste of the contemporary.

In 1932, Madame Marthe Allard decided to open a restaurant in Paris, Chez Allard. It is the beginning of a story deeply woven into traditional French country cuisine, a story of resolute women who love to cook, who master French classics to perfection, and passionately share their creations on Rue Saint-André des Arts in the heart of the lively St German-des-Prés until today. You could call Chez Allard a gourmet bistro, cozily elegant, the flaming red leather benches and wooden chairs in front of floral wallpaper filled with happy guests for more than 80 years. The interior barely changed, and so did the dishes on the menu, there's still a strong focus on many of Madame Allard's original family recipes from Burgundy, passed from one woman to the next.

As soon as her son's wife, Fernande, joined the family, the chef didn't hesitate to introduce the young woman to all her kitchen secrets, and so the next generation was secured. Marthe Allard stayed in the small kitchen on Rue Saint-André des Arts all her life, for more than half a century, tweaking and refining her famous rustic staples, like Challans Duck with Olives or Sole Meunière.

After decades of female power at the cooker, there was finally a man in charge for 20 years, but when Alain Ducasse took over the restaurant, he knew he'd pass the reign to a woman again. Chez Allard has a female spirit, a female soul, Chez Allard is a woman. Since 2015, Fanny Herpin has been responsible for keeping the restaurant's tradition alive, the recipes that became "old culinary friends" to so many guests. The young and celebrated executive chef manages to incorporate this history and at the same time giving it validity 80 years after the first pages of Allard were written. Fanny is calm, quiet, but she's a woman you shouldn't underestimate. Her instructions are short and precise, she's charismatic.

When you open the ornate glass door to the restaurant, you stand right in front of Chez Allard's heart, the kitchen. The room is open and there isn't much space to move, this kitchen has to work smoothly and there's no doubt that Fanny accomplishes this task with grandeur.

Fanny Herpin is from Bordeaux, like Alain Ducasse, they even learned at the same culinary school. Both of them feel the same strong connection to their home region's famous cuisine and products and have many of them freshly brought to the restaurant every day, like the fois gras on Allard's menu. When Fanny talks about food, or when she peels carrots with the precision of a scientist, you can feel her love, her passion, her obsession with quality. When she discovered the wonders of cooking and baking, she was hooked. Alan Ducasse was always her idol, she studied his recipes, she dove deeply into the magic that he's been creating for decades. So when he called her to ask if she'd like to fill the position at Chez Allard, she was just 26, she remembers, "It was a big day, I didn't believe it was possible. I asked are you sure, me?" She says that she's still a little bit nervous when he comes and visits her at the restaurant. There's a humble heart inside this strong, inspiring woman.

The dish that she cooked together with us felt like a bite of Paris, her Petits Rougets Barbets au Beurre Blanc (red mullet with a buttery, vinegary shallot sauce and sautéed root vegetables) was as pretty and perfect as the city that it was made in. 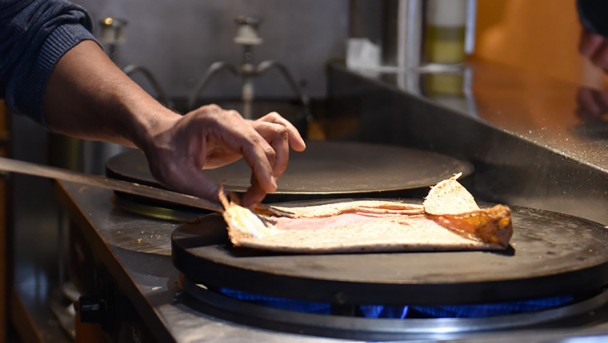 The Crêperie des Arts is an amazing little crepe place. The restaurant is located in a small side  street behind the main road. You can either enjoy your crepe inside or order take away. Meike‘s choice: Buckwheat crepe with egg, ham and cheese - so delicious! 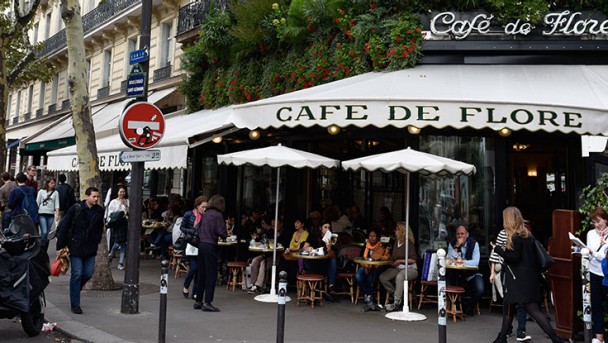 Café de Flore - a restaurant which was once visited by artists like Picasso or Hemmingway. Today, it‘s still well attended by celebrities like Karl Lagerfeld or Diane Kruger and - of course - many tourists. The interior still expresses the charm of the past. Our conclusion: Café de Flore is worth a visit to watch the colourful bustle of the city. 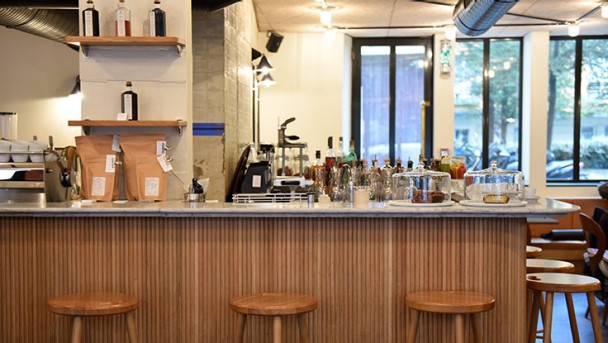 Le 52 Faubourg Saint-Denis is one of Charles Compagnon three culinary "babies". Besides excellent menu choices, great attention has been paid to wine and other liquids. Whether you stop by to enjoy a delicious espresso or for a dinner with friends - Le 52 Fauborg Saint-Dennis is always a good choice. 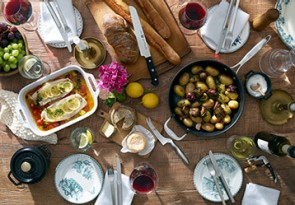 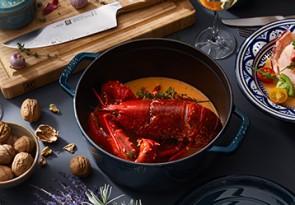 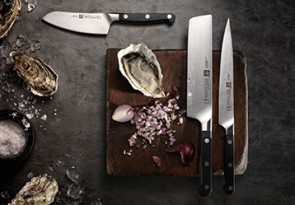 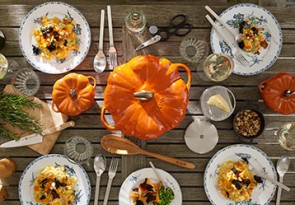 Find here all products to bring French cuisine into your kitchen. 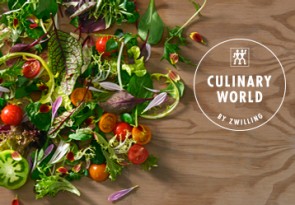